Featured Doug Mastriano had 70,000 more in-person votes than Josh Shapiro at the polls on Election Day

Featured John Fetterman is advertising his national gang affiliation, credited them for winning his election

Comments made by the Dauphin County GOP sought to distance the party from religious beliefs expressed by Republican Tim Rowbottom after the Harrisburg mayoral candidate spoke out against the transgender agenda being instituted within city schools.

Tens of thousands expected to vote in-person on June 2 in Dauphin County according to elections director, county commissioner

Dauphin County Commissioners spoke out, calling the decision to keep Dauphin in phase red beyond the June 2 election ‘political payback.’

The intersecting roles of the elected officials has set the stage for a conflict of interest between Shapiro and Hartwick. 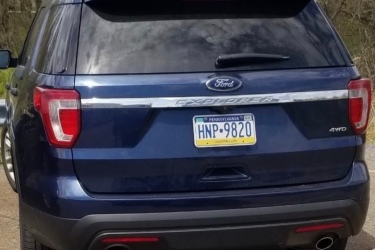 The commissioner was allegedly cut-off by bartender “Ruthie” at the St. Lawrence Club, who threatened to call the police on Hartwick following an altercation in the bar on Saturday Feb 15.
By 1:25 a.m. Sunday, the commissioner was intoxicated at the 7-11 store on Derry Street where he was found by police.
Hartwick’s county vehicle was left in the store’s lot for pick up later.

Due to his unexplained absence, Hartwick missed key votes on items like Children/Youth and Human Services Contracts.

Harrisburg, PA – A lawsuit filed in the United States District Court for the Middle District of Pennsylvania alleges City of Harrisburg, and Dauphin County officials […]

Dauphin County Democrats are questioning their representation after County Commissioner George Hartwick was a no-show for the first organization meeting of the 4-year term.
Commissioner Jeff Haste remained the Chairman, and Commissioner Mike Pries retained his Vice Chairman position.