“It’s where a lot of prominent black entertainers and people in the community came to spend money.” 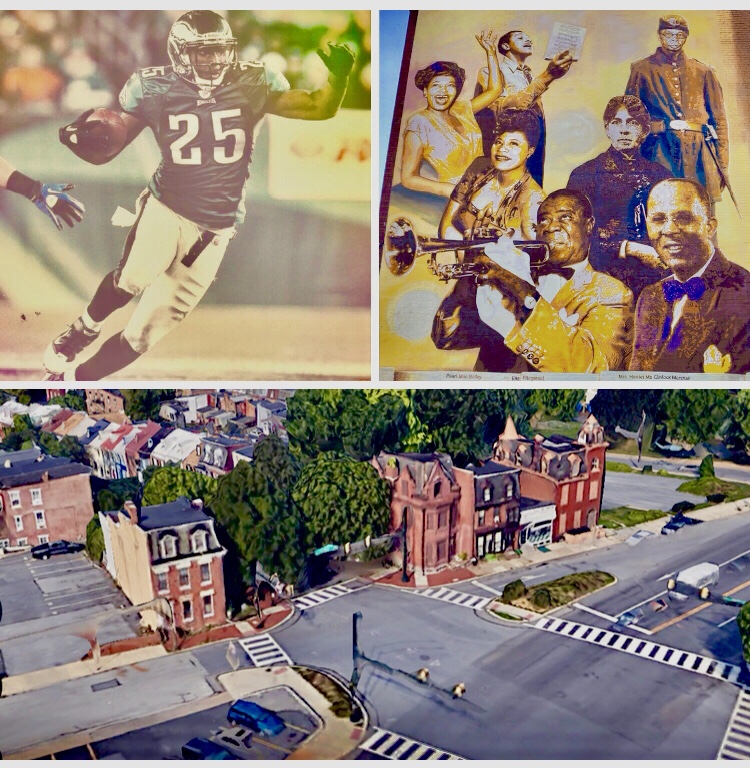 Harrisburg, PA — A historic block in Harrisburg will soon be getting a facelift thanks to an NFL star and his brother who also played pro football.

LeRon McCoy, now retired from the NFL, and younger brother LeSean of the Buffalo Bills are Harrisburg natives who played football at Bishop McDevitt High School.

They’re looking to change the landscape of broken and boarded up windows lining the 1000 block of North Sixth Street near Boas Street.

“We looked around and decided to find a project that would be of benefit to both Harrisburg and ourselves,” LeRon said, in a recent phone interview with theBurg magazine.

“This, what I like to term Jackson Square, was once known as the historic Black Wall Street,” LeRon McCoy said. “It was a place where a lot of prominent black entertainers and people in the community came to spend money.”

“I live in the area and I go to The Jackson House a lot, and that’s basically all this block offers, but seeing it flourish with other opportunities in the future is just really special to me,” said Michael Kenny.

Football brothers LeRon and LeSean McCoy are renovating 1000 N. 6th St. at the corner of Boas Street.
They also have plans to purchase the Jackson Hotel and then build a large new apartment building next to it at the corner of N. 6th and Herr. https://t.co/amF25iCKrk

LeRon, LeSean and business partner Ryan Sanders have invested in the former Swallow Mansion on the end of the block and the former Jackson Hotel on the other side.

“I can remember when I was little, this place here was beautiful. Beautiful brickwork, beautiful glass-stained doors in there on the inside,” said Cory Kegris, a cashier at The Jackson House.

The Jackson Hotel was once the only place black entertainers could stay.

“They have the beautiful mural which will not be changed at all. This is a mainstay of Harrisburg and I can remember this since I was a young man,” LeRon McCoy said.

Both buildings on the ends of the block will have four apartments with retail space on the first floor. The brothers are also looking at fixing the streetscape.

“Looking at things like changing, maybe, the median, adding some historical markers that signify exactly what this building once was,” LeRon McCoy said.

For the McCoy brothers, it’s about giving back to the community and restoring old buildings to their former glory.

“Nothing’s like home. Nothing means more than home, and this is a place where wanted to start our home campaign to do a lot more of our developing at,” LeRon McCoy said.

McCoy expects the renovations to be completed within the next four to six months.

Another developer, Rani Rammouni, with LBR properties, is also renovating 1002 N. Sixth Street into three apartments with retail space on the first floor.

Adapted from the original report of: Daniel Hamburg