NextIn criticism of Wolf and Krasner, Trump asks PA voters, “How did you let that happen?”
Marijuana

The Veterans, African American, and low-income communities across all spectrums are disproportionately effected from the current federal laws on the books governing marijuana possession and use.
In D.C., President Donald J. Trump has done more for marijuana reform than anyone ever expected.

In recent years, states across this nation have begun adopting a more sensible approach to marijuana, finally realizing the health benefits that can be provided to those who are suffering and in need. From mental health to debilitating illnesses, medical marijuana gives our nation its best line of attack in confronting the opioid crisis. For far too long, we have allowed the well-funded and politically powerful lobbyists from Big Pharma poison our bodies with highly addictive “medications.” They have the money and our politicians give them the time, ignoring the harmful consequences of these extremely expensive treatment options that have pose more risk than reward to the people of our nation.

The state of Pennsylvania wisely legalized medicinal marijuana several years ago and I am extremely grateful that we made this first important step. Those facing debilitating illness have been able to find solace in an all-natural remedy to relieve pain and improve their standard of living as they continue to fight for their very survival. However, we must do more. 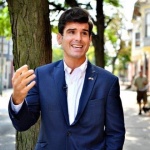 As a candidate for congress in Pennsylvania’s 10th district, I believe that the issue of medical and legalized marijuana is a public-health issue, but also an important component of reforming our criminal justice system. The African American community, and low-income communities across all spectrums, are disproportionately effected from the current federal laws on the books governing marijuana possession and use. In fact, Patrick Nightingale, a criminal defense attorney and one of Pennsylvania’s biggest marijuana reform advocates, addressed this very issue in a recent article published by York Dispatch.

Thankfully, several governing bodies in Central Pennsylvania have moved to decriminalize small possession, replacing arrests and jail sentences with small monetary fines. In D.C., President Donald J. Trump has done more for marijuana reform than anyone ever expected. A noted teetotaler, reform advocates on all sides of the aisle grumbled during the early years of Trump’s first term as his Attorney General Jeff Sessions, a noted drug warrior, pursued hard-line policies that were reminiscent of the entirely misguided Reefer Madness” era. President Trump has made it clear that the states are allowed to make their own determinations on marijuana reform and that his administration will not interfere in those reforms.

Florida Congressman Matt Gaetz has filed and sponsored the Medical Research Cannabis Act that seeks to determine a list of potential cures that we are able to realize from the use of marijuana as medicine. Unfortunately, Mr. Gaetz’s fellow Freedom Caucus member and Central Pennsylvanian Congressman Scott Perry has adopted the Jeff Sessions approach on marijuana. He remains firmly rooted in the principles and policies of the racist and costly “WAR ON DRUGS”, which former Nixon advisor Roger Stone has called one of Nixon’s biggest blunders.

Mr. Perry has even gone as far as pretending to support our veterans who are suffering from PTSD, peddling anesthetic injections to treat not only PTSD in our veterans, but also as a method to relieve pain. Why is he totally ignoring groups like Veterans for Cannabis and our ally Israel, who has proven with years of studies and documentation that marijuana is the best medicine for our vets? Is it because he has taken so much money from Big Pharma?

At the end of the day, Pennsylvania needs to expand the conditions covered by medical marijuana in our state. We also need to explore the possibility of full legalization. A recent poll sponsored by the York Dispatch found that nearly 60% of York residents support or are leaning towards supporting full legalization. Almost 50% of Republicans support the move and the polling also shows that this is no longer an issue that is divided along generational lines.

I, for one, believe that our elected leaders need to demonstrate the courage and compassion to pass true marijuana reform. As your congressman, I will do everything I can to remove barriers and blockades in federal law that undermine the decisions by states to embrace this miracle medicine.

And it’s not just about the medicinal benefits. Marijuana reform relieves a burden on our criminal justice system and provides a much-needed jolt of tax dollars that we can use to improve our nation across the board. This is an argument to save our tax dollars and save lives.

To those that lack the courage to do so, I pray for you. I pray that you and your loved ones don’t fall victim to the vicious effects of highly addictive and harmful pharmaceutical medication. We fight for your right to fight for your health and your life in the most responsible way possible.

Marijuana has been proven to give us all the fighting chance we need, absent the risks of addiction or side effects that have literally killed so many.

Bobby Jeffries is a graduate of Millersville University and works as a Director of Logistics, Warehousing, and Shipping for a health and wellness firm. He is a lifelong resident of Pennsylvania’s 10th Congressional District and is currently challenging incumbent Congressman Scott Perry in the 2020 GOP primary. You can learn more about his campaign at bobbyforpa.com

PLEASE EMAIL ALL INQUIRIES TO: robertjeffries5525@gmail.com