NextDave Chappelle is the new face of white supremacy
Activists

Prison reform activist Kevin Maxson says that he has been targeted for leading a community protest group at the county prison.
As a candidate for County Commissioner, Tom Connolly is questioning if the motives of the State Parole department are in retaliation for Maxson’s activism at the Dauphin County Prison.
Connelly believes the intentions of Maxson to be genuine. 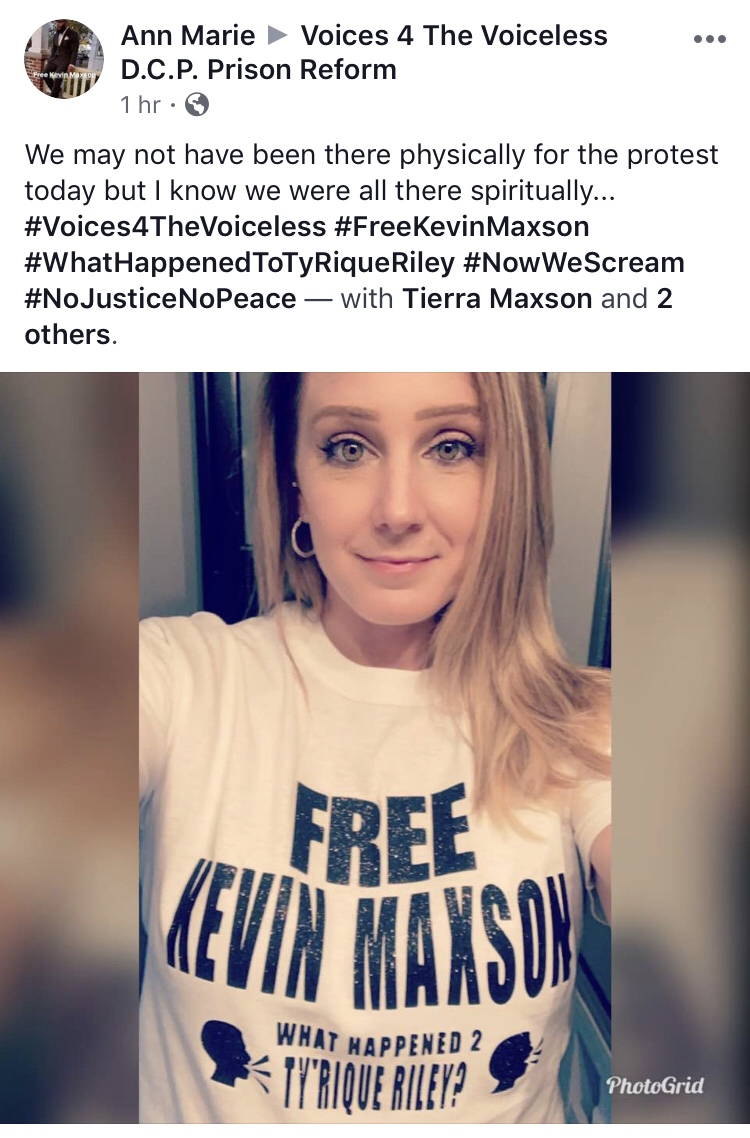 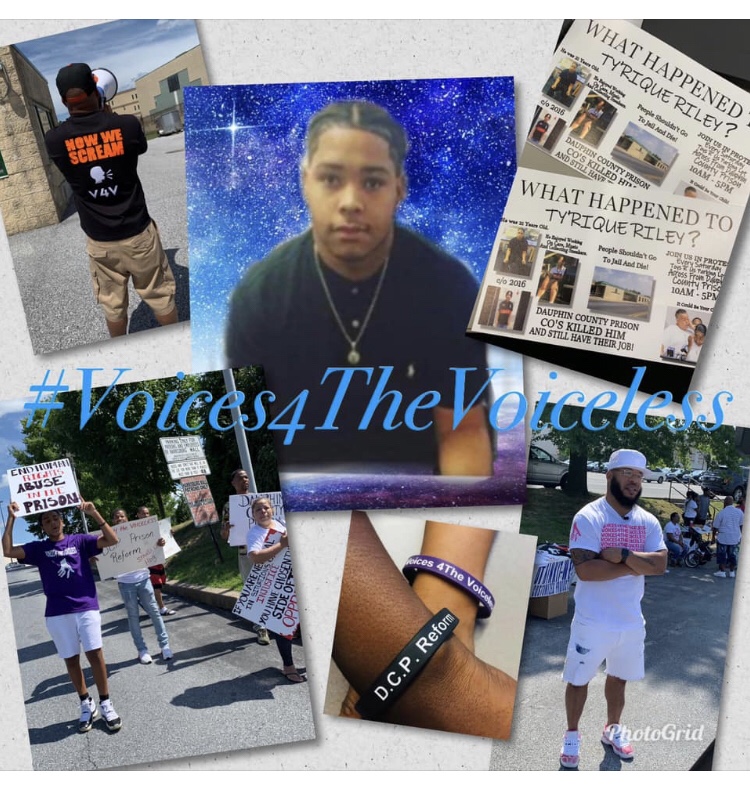 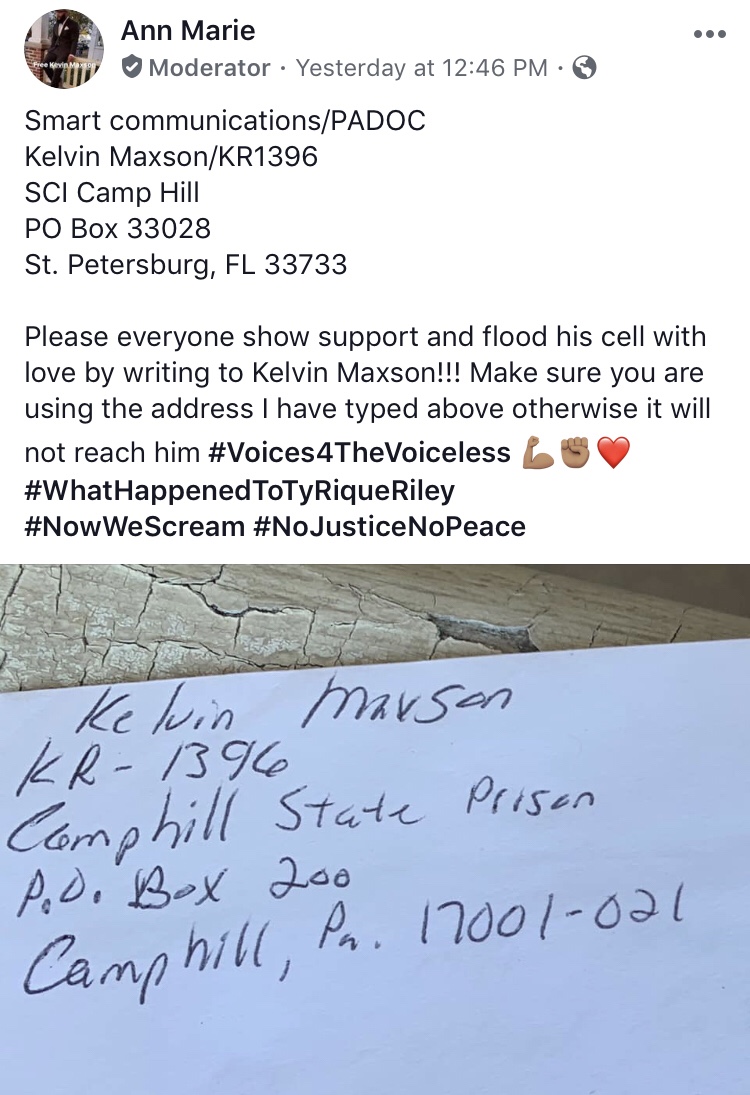 Harrisburg, PA – Prison reform activist Kevin Maxson has been imprisoned on a parole violation that he believes was motivated by his leading of a community protest group at the county prison. 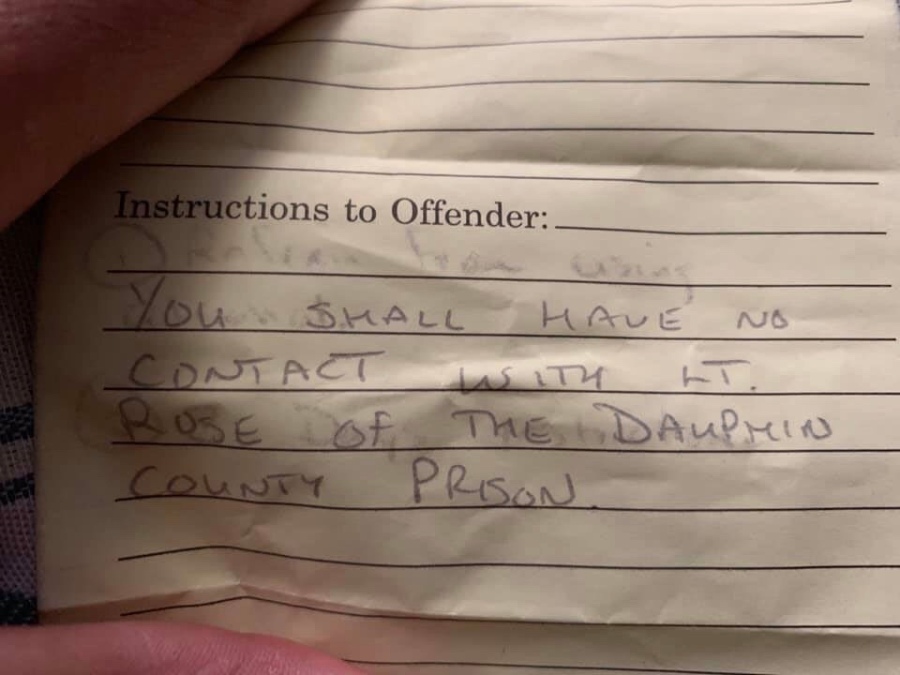 According to the notice he received from PA State Parole, Maxson “Shall have no contact with Lt. Rose of the Dauphin County Prison.” Maxson posted the notice on Facebook where he has a large following.

His popularity grew after organizing the community to call attention to the death of a young inmate. Ty’rique Riley died July 1, 2019 following an altercation with corrections officers while he was imprisoned at DCP.

The death of 21-year-old Ty’rique Riley is not a surprising event for Dauphin County Prison, says Maxson. He notes the recorded deaths of 10 inmates in the past five years, four of them reportedly suicides. Maxson believes all of those deaths should be investigated. He says there has been a culture of brutality in the Dauphin County Prison, and he accuses Dauphin County officials of allowing that culture to fester for too long.

The group Voices 4 the Voiceless was established as a grassroots response to the wave of alleged prison brutality, and was emboldened by the national spotlight attention it received when the group was featured in published reports from Washington Post, and PennLive.

Announced by Dauphin County Coroner Graham Hedrick this week, it was determined that Riley’s death was ruled ‘due to natural causes.’

Controversy has erupted regarding the death, the finding of the autopsy, and now it has intensified regarding Maxson’s arrest. 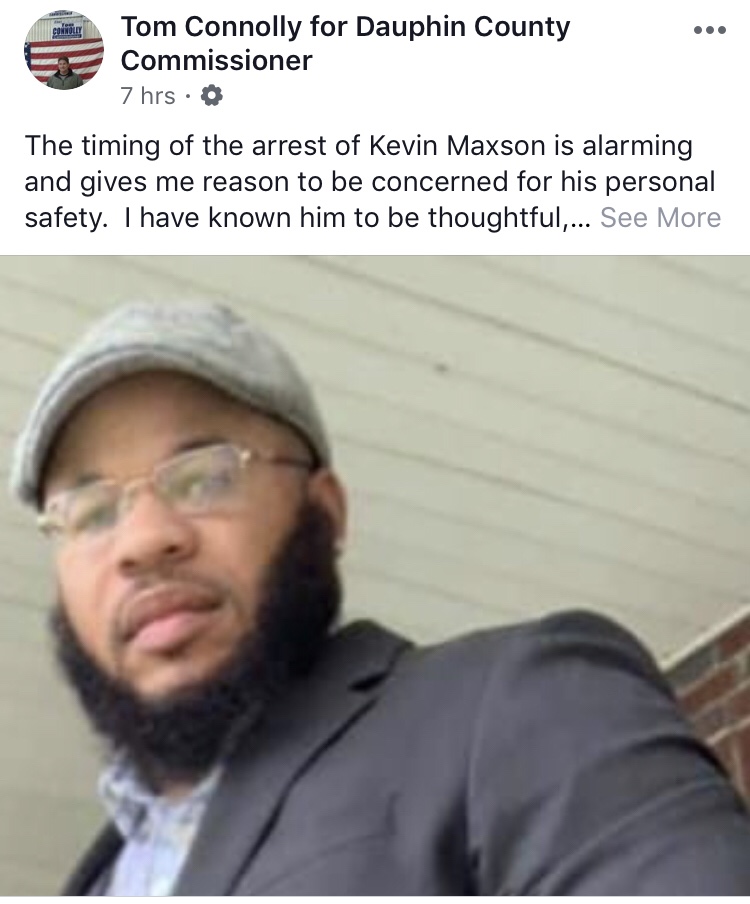 As a candidate for Dauphin County Commissioner, Tom Connolly expressed concern for Maxson’s safety, and is questioning if the motives of the State Parole department are in retaliation for Maxson’s activism at the Dauphin County Prison. Connelly believes the intentions of Maxson to be genuine. 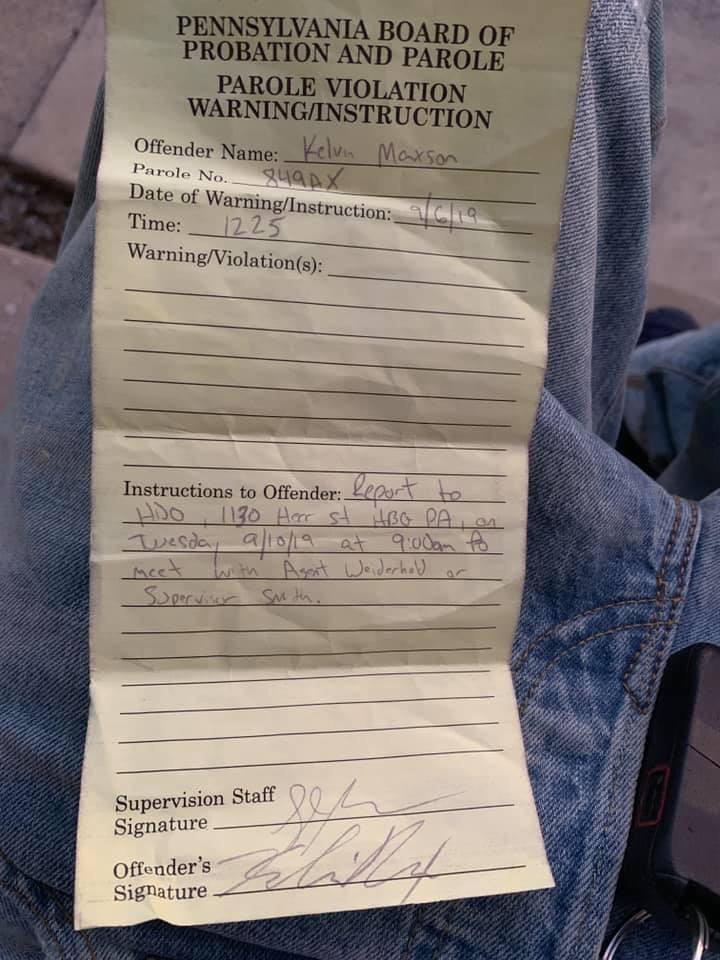 Maxson initially received instructions to report to Parole on Tuesday. However he was actually picked up Sunday morning and is presumed to be held in SCI Camp Hill on a State Parole violation.

There has been a huge outcry of support from the community.

In the days following the announced cause of death, DCP officials have also floated the idea of having the county correctional officers wear body cameras in the future.

Pennsylvania’s Board of Pardons Secretary Brandon Flood offered his perspective regarding the situation prior to Maxson’s arrest. Flood says DCP was known as “a hotbed for violence administered by its correctional officers against prisoners.” Flood is a recently appointed member of the Dauphin County Prison’s board.

As reported by the Washington Post, Riley had no criminal record before police showed up at his door June 18. In court documents, police said he struck his father in the chest, neck and back with a large sledgehammer in an “unprovoked attack” at their home around 4:45 a.m.

His father, Thomas Matthews, said his son had heard noises outside, thought an intruder was lurking and grabbed a sledgehammer. Thomas, who had been sleeping, said he told Riley to put it away and go back to bed. Riley refused. Thomas said he tried to get the sledgehammer away from his son, took a hard fall and then had trouble with his pacemaker. That prompted Riley’s mother to call 911.

Hetrick said Riley’s odd behavior on the night of his arrest and at the prison was likely caused by the swelling in his brain.

This is a developing story and will be updated. As reported by Matt Miller:

A “specific threat” of violence against a law enforcement officer on social media led to the arrest of a Harrisburg man who has been protesting conditions at the Dauphin County Prison, a state official said Sunday.

Kevin Maxson, founder of Voices for the Voiceless, was arrested on a state parole violation early Sunday, prompting his supporters, led by his sister, to stage another protest in front of the prison Sunday morning.

Maxson has been vocal about the July 1 death of 21-year-old inmate Ty’rique Riley.

Last week, the county coroner ruled the death was caused by a medical condition that predated Riley’s imprisonment on an assault case. District Attorney Fran Chardo concluded no criminal charges are warranted regarding Riley’s death. Riley’s family and supporters remain skeptical and have vowed to pursue their own investigation.

“Maxson was taken into custody this morning by parole agents after we became aware of a specific threat on a member of law-enforcement by someone under our supervision,” said Maria Finn, a spokeswoman for the corrections department.

She said Maxson is accused of making a threat of physical violence in a Facebook post. Maxson was taken to the state prison at Camp Hill, she said, and is being held on a technical parole violation involving “assaultive behavior.”

Finn said Maxson was on parole for a drug conviction out of Dauphin County. He received a 3 ½- to 10-year sentence in that case and was paroled in April 2015, she said. The max-out date for Maxson’s sentence is Sept. 7, 2021, Finn said.

“We support the right to protest and, of course, freedom of speech. However, we have a responsibility to act, when speech crosses over into supporting threats of violence,” Finn said. “We are aware of his public activism in the last month regarding the (Riley) case, but it wasn’t until he made those threats on social media is where he crossed the line.”

“Out of an abundance of caution, and consistent with parole rules and policy, agents took him into custody,” she said. “I want to be very clear; we support First Amendment rights, we are addressing his threats of violence.”

The parole violation accusation contrasts with Maxson’s postings on the Facebook page for Voices for the Voiceless. In those posts, Maxson said reforms are needed at the county prison, and his protests are designed to “shed light upon the brutality associated with Dauphin County Prison, spread awareness and also peace within our community.”

The group Voices 4 the Voiceless has been following the case closely and most were not happy upon hearing Graham Hetrick’s announcement of death by ‘natural causes.’ 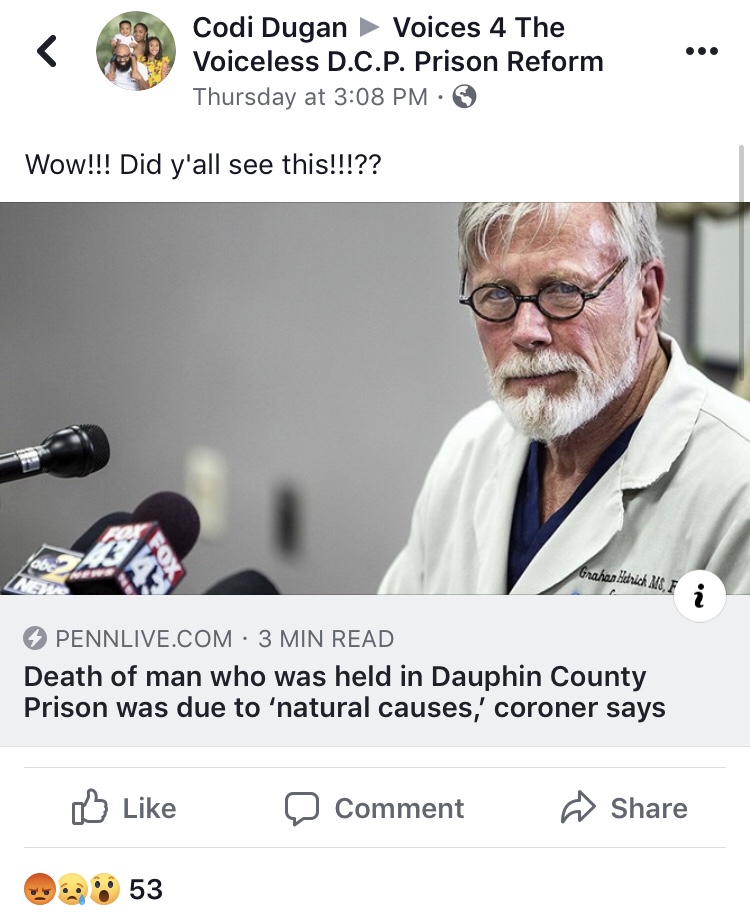 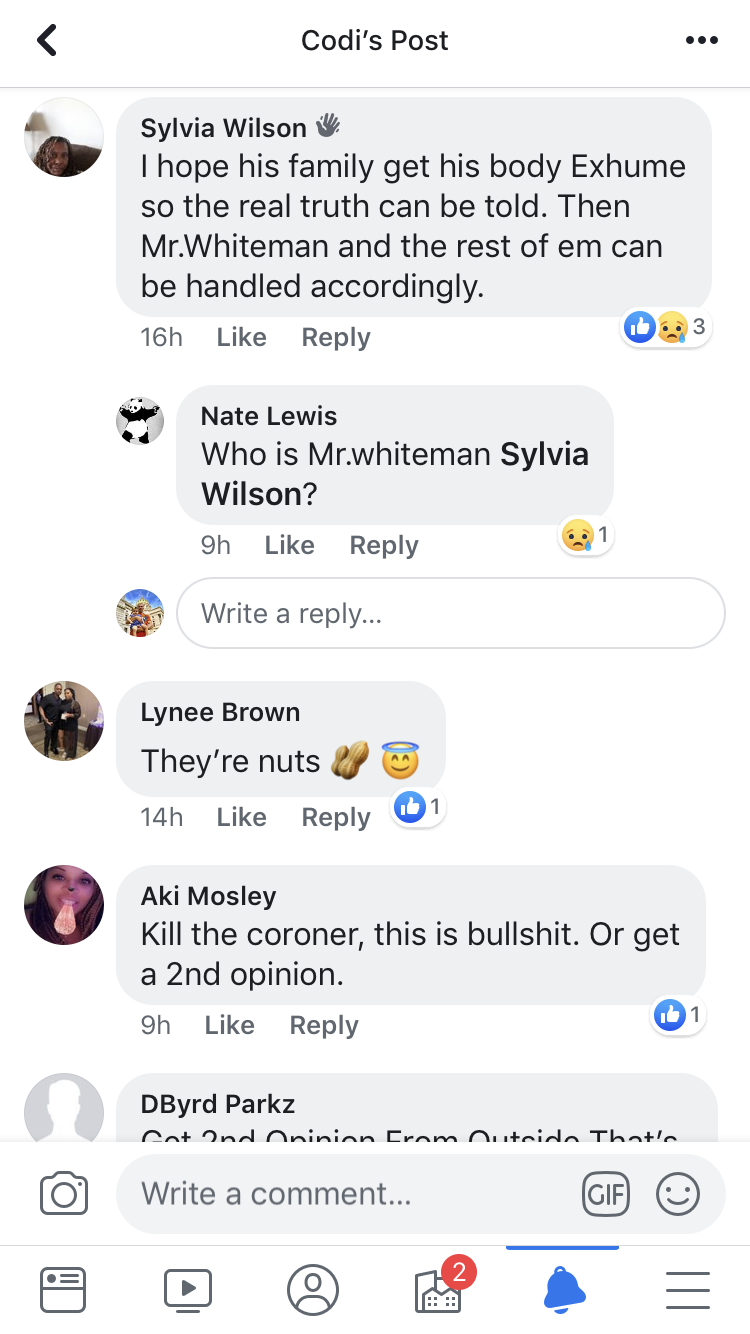 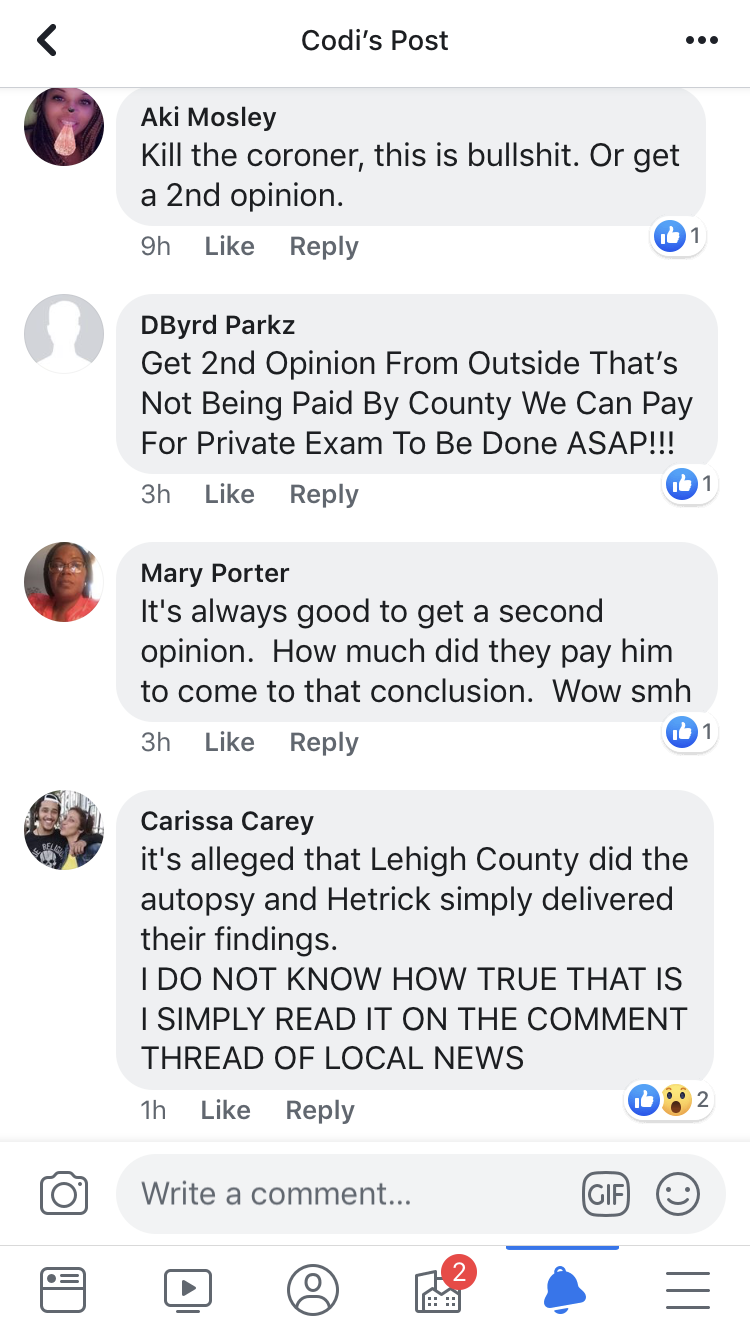 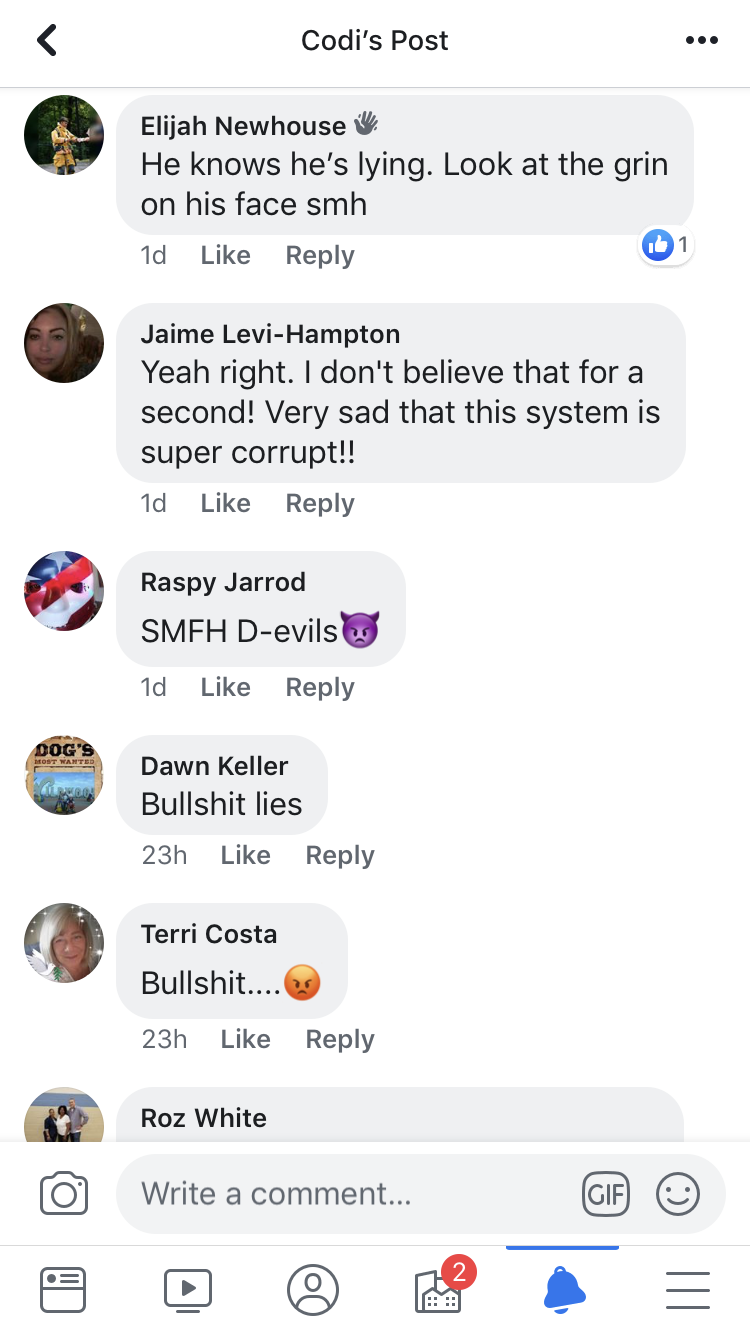 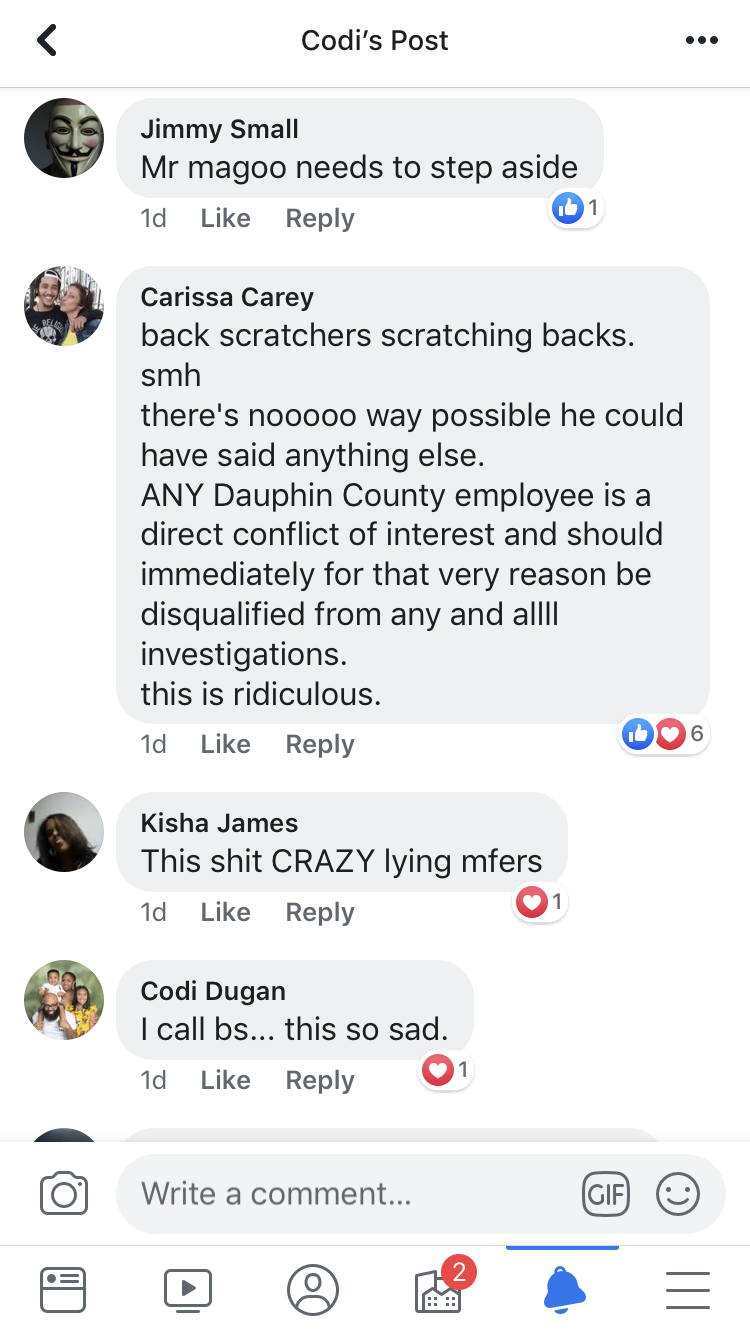 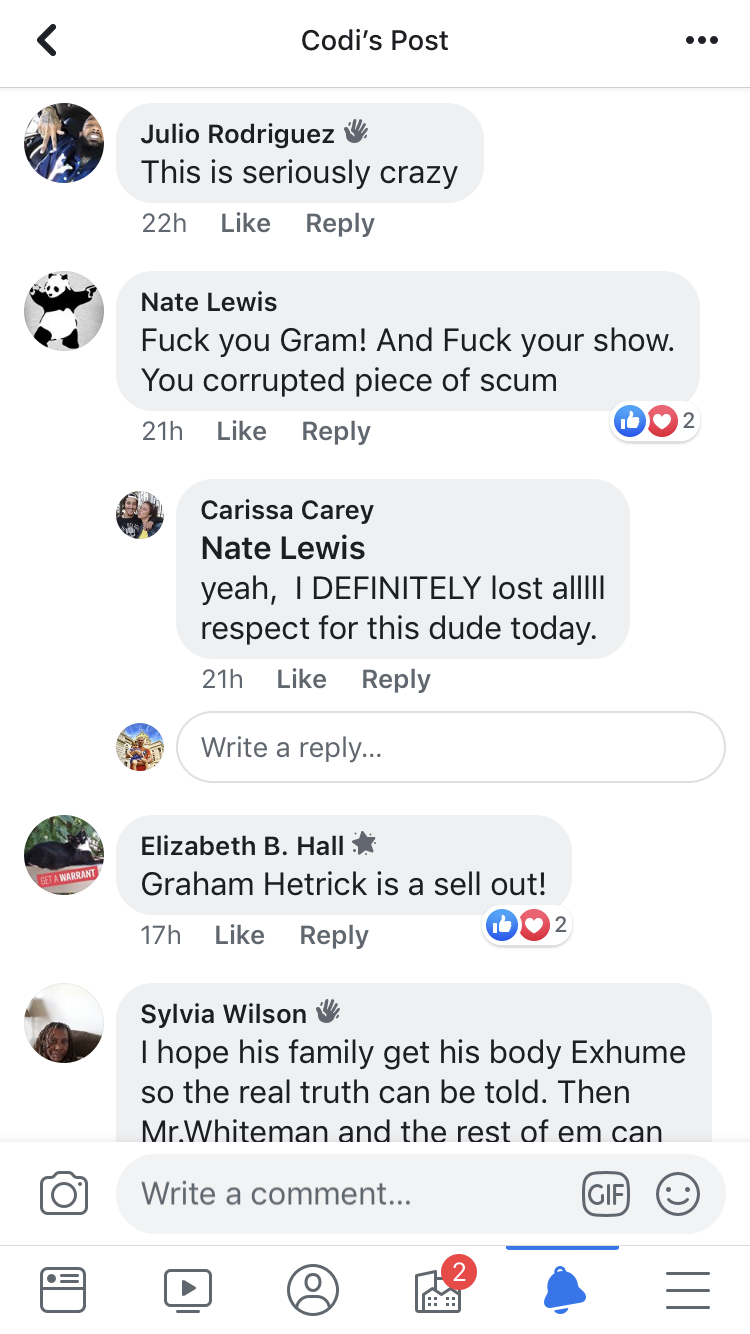