NextOtto V. Banks Responds to Allegations of his Interest in Harrisburg Charter Schools
School Board Election

“Look at the kids walking by heroin needles while the leaders try to convince us, these photos are just a political maneuver.” – Beau Brown

One sad response that I have read more than once today: blaming the kids (10 years old) that are perpetrating the vandalism being done to the schools.

We cannot blame the kids, there are many adults, professionals, and parents, big contracts, and too much money going around to accept this disaster as business as usual.

These photos were spread via Twitter to local officials in February 2017: 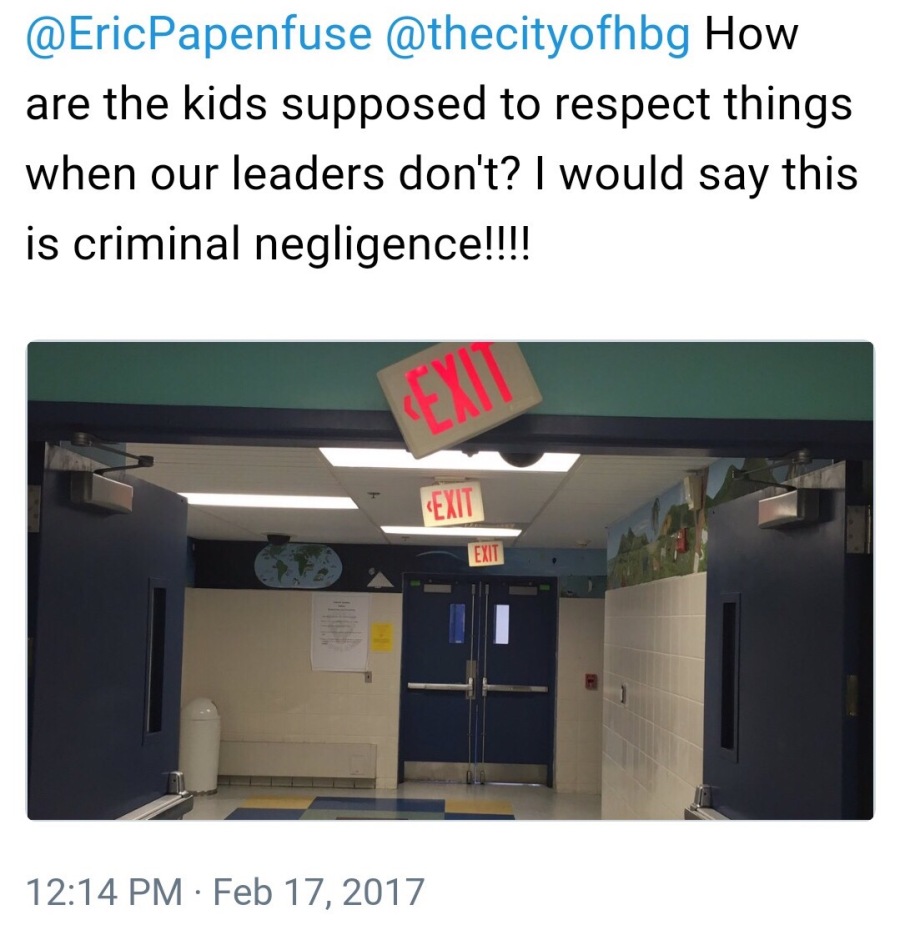 Apparently this means of egress problem with the EXIT signs isn’t new: 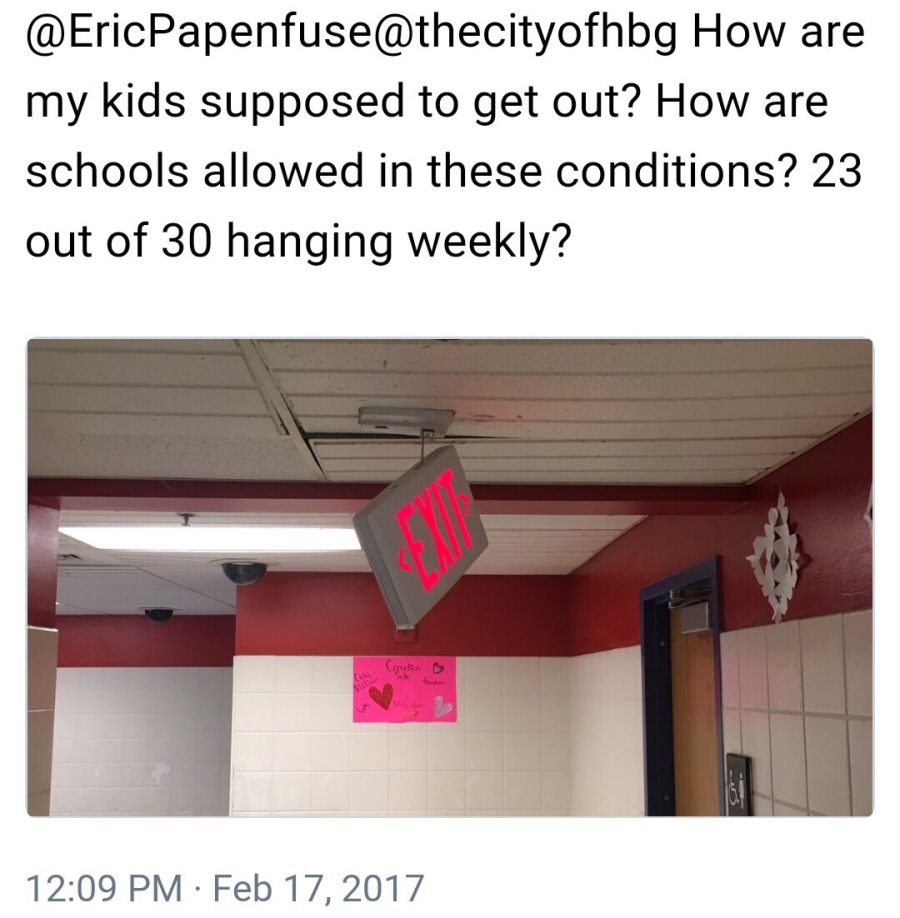 As a follow up to the huge response from the original HBG Schools Exposed, some local leaders have questioned the motives of so-called opportunists who helped to expose the information. No word yet from Otto V. Banks, however Beau Brown, who is very active in Harrisburg civics, does expand on his insight and motivation.

Sean Guay: Personally, my focus is to bring attention to the educational epidemic in our city.

Highly esteemed local advisers are saying it would be unfortunate if the release of these photos is a politically charged maneuver to sway opinion in the school board election.

Others say that blame on the school board for some of these problems may be unwarranted, and we should get answers from administrators and superintendent.

Beau Brown: It certainly could be viewed that way, yes.
However what is important to note is that the one who originally took these photos and sent them around many weeks ago had reasons beyond political motivations.

1) His son attends the school and he has documented evidence of being locked in a battle to get him the help he needs dating back to the beginning of the year.

2) That child has tested number 3 in the grade at the school in question, yet he is being failed, and well over a dozen documented attempts to resolve have been met with intentional Road blocks.

3) The city has issued people numerous code violations in cases where they were unnecessary, and if this school building was a private enterprise, the city and fire Marshall would shut it down until there is a correction.

More-so, the school owned properties directly across Swatara Street from the school building in question, at times have had 3 foot weeds and heroin needles on the ground.
Again, a private enterprise would have been cited and shuttered until resolution.

I would say that the author (or news entity) of the story that has been going viral on this subject also has political motive.
But that is why we are a Republic and not a Democracy.
It’s why we have elections, so that people who are running for office, that run based on a real need for solutions, are afforded their ability to be heard.

If you are in a mansion, you are likely to be intrigued and motivated based on your surroundings.
If you are in an institutional environment where it reflects lack of quality and care, you will have the opposite motivational effect.

If these photos have to drop in order for the school building to become safe again, then so what?

I’d be willing to go head to head with any local “esteemed” adviser and debate it. I’d debate any elected official on this, but I’d like to do it at the parking lot across from the school, that the school owns, when school let’s out – so we can all look at the kids walking by heroin needles while the leaders try to convince us, these photos are just a political maneuver.

“I believe the leaders are not truly focused on the kids.
They’re focused on the money, and the reasoning they give for denying an opportunity to redevelop a now blighted and massive piece of real estate in the upper Allison Hill section was not convincing to me.” – Beau Brown