There is a Ruling Class culture permeating the highest ranks of our government that believes itself above the electorate and the law.

Washington D.C. – There is a Ruling Class culture permeating the highest ranks of our government that believes itself above the electorate and the law. 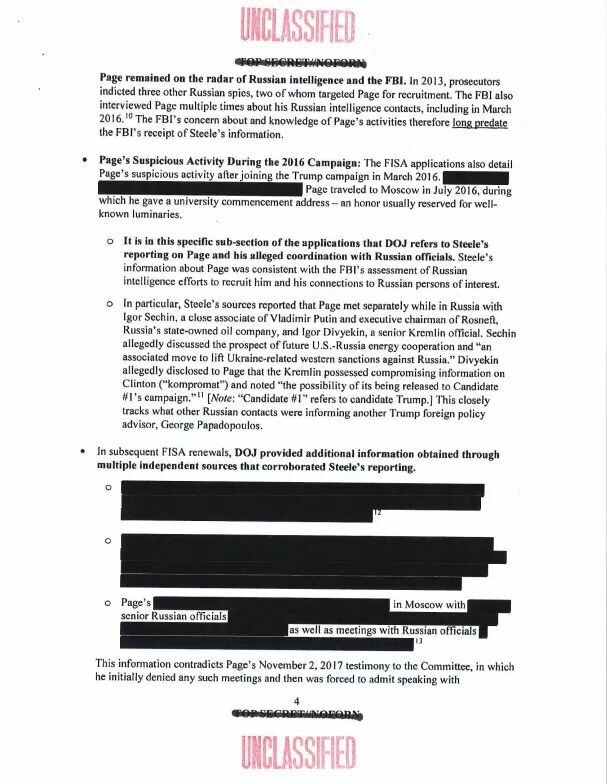 What we are seeing with this memo release is just the tip of the iceburg.

The Obama State Department under John Kerry gathered and sent its own dossier of classified information on Russia to Senator Ben Cardin, a political ally in the U.S. Senate, to undermine President Trump.

Implications on American society are already evident in the rapidly dropping stock market as investors react to the unsettling news that the Federal Bureau of Investigation was acting as a weapon for a political campaign.

FISA requests to spy on Carter Page were based on the discredited and bogus fake Trump dossier created by Fusion GPS.

The American mainstream media also played a key role in pushing the #Resistance against Trump by publishing the fake dossier and pursuing the Russia-Trump narrative, rather than focusing on the real fraud in the DNC.

Christopher Steele of “Fusion GPS” authored the anti-Trump Dossier, and it was initially published by Buzzfeed to discredit President Trump’s campaign by alleging collusion with Russia. It was later exposed that Hillary Clinton’s Presidential campaign and the DNC colluded to pay Fusion GPS to create the Trump dossier. FBI Director James Comey then signed FISA Applications to spy on Trump utilizing the same dossier that he publicly called ‘Salacious and Unverified.’ In another apparent conflict of interest, the wife of a DOJ official was employed by Fusion GPS. These revelations were made public today with the release of the Nunes Memo.

“You had Hillary Clinton and the Democratic Party try to hide the fact that they gave money to GPS Fusion to create a Dossier which was used by their allies in the Obama Administration to convince a Court misleadingly, by all accounts, to spy on the Trump Team.” Tom Fitton, JW

The FBI followed up on false information provided in the dossier fabrication as evidence to warrant the Trump-Russia investigation, including surveillance.

Little Adam Schiff, who is desperate to run for higher office, is one of the biggest liars and leakers in Washington, right up there with Comey, Warner, Brennan and Clapper! Adam leaves closed committee hearings to illegally leak confidential information. Must be stopped!

Obama will have more flexibility after election