Featured Doug Mastriano had 70,000 more in-person votes than Josh Shapiro at the polls on Election Day

Featured John Fetterman is advertising his national gang affiliation, credited them for winning his election

10,000 Pennsylvanians expected to converge on Harrisburg to protest Gov. Wolf on April 20

Emergency response routes and must be avoided entirely. This means that traffic entering the city cannot use the 2nd Street gateway entrance from Interstate 83. The Market Street Bridge and Front Street must be avoided.

“Special thanks and recognition to Dr. Rachel Levine — a calm, wise, and dedicated leader during this COVID-19 pandemic. Pennsylvania is so lucky to have you as our Secretary of Health,”
– Pa Governor Tom Wolf

Dr. Levine says children are “very important to me,” but provides no Spanish translation on TV broadcasts

Transgendered physician general of Pa, Dr. Levine spoke in depth about her interest in the needs of children and teenagers. However, Television broadcasts of the briefings include a split screen with sign language for the hearing impaired, but do not offer a translation for the state’s large Spanish speaking population. 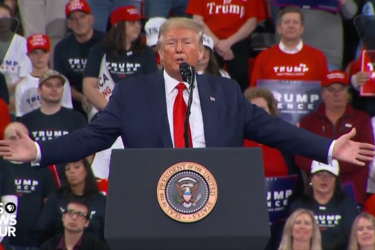 In criticism of Wolf and Krasner, Trump asks PA voters, “How did you let that happen?”

Trump blasted Phila. DA Larry Krasner for releasing violent criminals, and asked the crowd in Pennsylvania, “What the Hell! How did you let that happen?”
He also criticized Gov. Tom Wolf’s record on charter schools and blocking students school choice, again asking Pennsylvania voters, “What’s that all about? How did that happen?”

Greg Rothman: “I have not, do not, and will not support a severance tax. We already have an impact fee and while I support infrastructure investment, it should be done with existing tax dollars. My presence at the Governor Wolf’s visit was out of professional courtesy and a chance to promote West Fairview.”

PA Gov. Tom Wolf “horrified” that Rep (R) prayed to Jesus before Rep (D) was sworn in on Quran at Statehouse in Harrisburg

There was no backlash when State Rep. Jason Dawkins, a Muslim lawmaker, opened Tuesday’s legislative session by unexpectedly reading from the Quran. But it was State Rep. Stephanie Borowicz who was accused of bigotry after she invoked the name of Jesus on Monday, just before the Legislature’s first Muslim woman, Rep. Johnson-Harrell, was sworn in on the Quran at the Statehouse in Harrisburg.
PA Democratic Gov. Tom Wolf was outraged, later saying, “I was horrified,” and issued an apology to Rep. Movita Johnson-Harrell.
Johnson-Harrell, the Muslim lawmaker, accused Borowicz of using her religion against her.