10,000 Pennsylvanians expected to converge on Harrisburg to protest Gov. Wolf on April 20

Emergency response routes and must be avoided entirely. This means that traffic entering the city cannot use the 2nd Street gateway entrance from Interstate 83. The Market Street Bridge and Front Street must be avoided.

At 10:45 a.m. the anti-lockdown protesters had begun to chant, “WOLF WORKS FOR US!” #HarrisburgProtest #ReopenPA #WolfWorksForUs

Harrisburg, Pa – On Monday, April, 20 at noon more than ten-thousands citizens are expected to gather in the capital city to peacefully protest Governor Wolf’s excessive restrictions, and to take back the Keystone State.

Organizers are encouraging social distancing at the event, and attendees are told to “wear a face mask if you feel so inclined.”

Protests are beginning to emerge across the country as concerned citizens strive to return the economy to normal. These protests have been peaceful, as will this event. The organizations planning the event say they are not affiliated with any political group. They believe forcing healthy citizens to stay home and forcing businesses and churches to close is tyranny.

The state has been under a stay-at-home order since April 1 in an effort to slow the spread of the virus, which had killed 647 Pennsylvanians as of Wednesday. All nonessential business were ordered closed by the governor March 16. Millions of Pennsylvania residents have been unable to work and are filing for unemployment benefits in droves. Nearly 1.5 million in the Keystone State have filed for unemployment since March 15.

Maps have been provided for citizens who are planning to attend. The main routes feeding into the City of Harrisburg have been highlighted, including Interstates 81, 76, 83, and 283, as well as State Route 15, and 322. When entering, exiting, and traveling through the city it is important to avoid the areas around the hospitals, and emergency routes for first responders.

To bypass the hospital when entering the city from Interstate 83, take an alternative route by using the exit ramps at 13th and 17th Street, then proceed North to State Street. Turn west (left) onto State Street towards the rear of the Capitol Complex on Commonwealth Avenue, by crossing the State Street Bridge.

Attendees are advised to use caution when congregating near the Capitol steps and in the parking areas surrounding the Capitol Complex on North Street and on State Street.

Based on the online response, event organizers are expecting a large turnout. A rolling, or ‘drive-by’ protest has also been endorsed by the organizers of the event.

The suggested route will begin in the area of the Capitol Complex in downtown Harrisburg, then proceed north on the 3-lane, one-way N. 2nd Street towards the Governor’s mansion on the 2000 block where a Sunoco gas station is positioned at the intersection. Organizers have emphasized the importance of making a bold statement here as a show of force to counter the tyranny of the Governor.

The route will then turn east (right) on the two-way Maclay Street and proceed to turn south on two-way N. 3rd Street.

Event organizers also plan to protest Harrisburg’s mayor, an ally of Governor Wolf. Mayor Eric Papenfuse has recently been named in a federal lawsuit regarding an abuse of power scandal. The mayor owns a controversial bookstore, The Midtown Scholar, that is located on this section of the route on N. 3rd St., at the Broad Street Market. Concerned citizens also intend to protest deviant activity that has been hosted by the mayor at his bookstore.

From here the route will continue down 3rd Street towards the Capitol Complex. The main steps in front of the Pennsylvania State Capitol are located on N. 3rd Street at State Street. The wide open area at this intersection has been the traditional backdrop for activism in the city.

The areas highlighted in purple are emergency response routes and must be avoided. This means that traffic entering the city cannot use the 2nd Street gateway entrance from Interstate 83. The Market Street Bridge and Front Street should be avoided entirely.

Citizens traveling from Pittsburgh are suggested to use the Gettysburg Pike exit from Intestate 76 (Pennsylvania Turnpike), then proceed north on Route 15 towards the Harvey Taylor Bridge.

For those incoming from Interstate 81, it has been suggested to use Cameron and Maclay Streets to avoid Front Street. 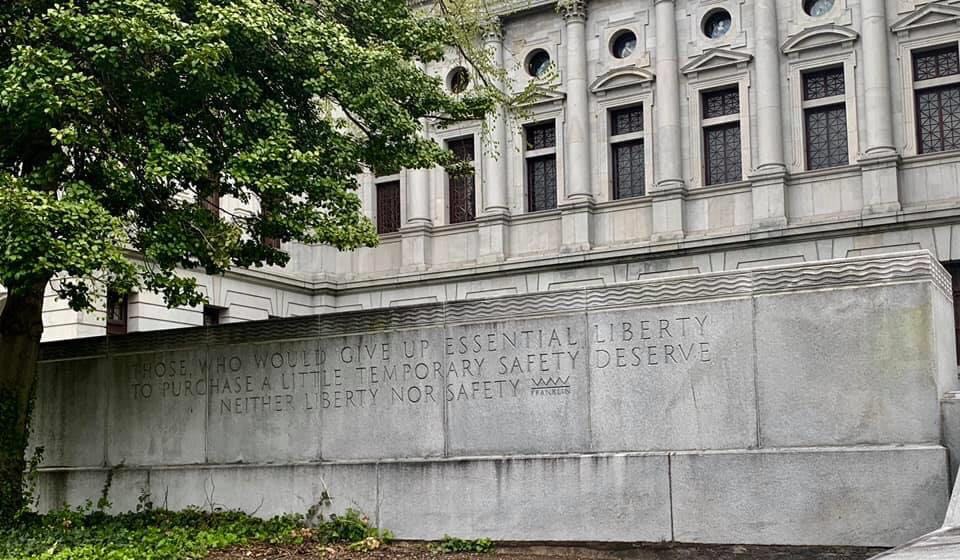 Inscription on Pa Capitol Building:
“Those who would give up essential liberty to purchase a little temporary safety deserve neither liberty nor safety” 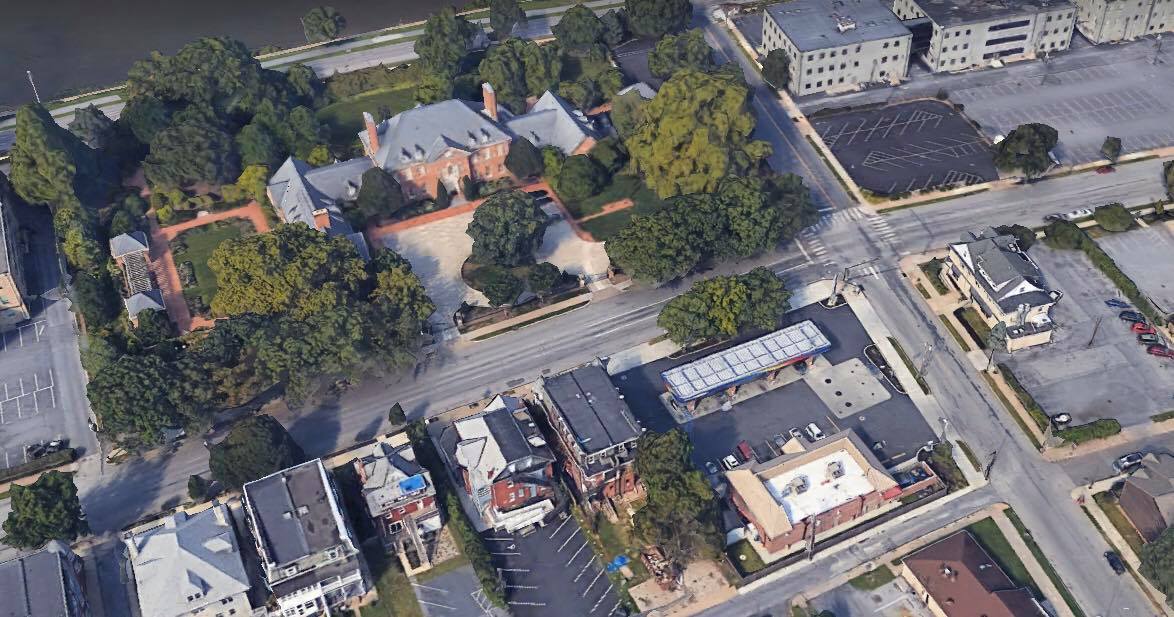 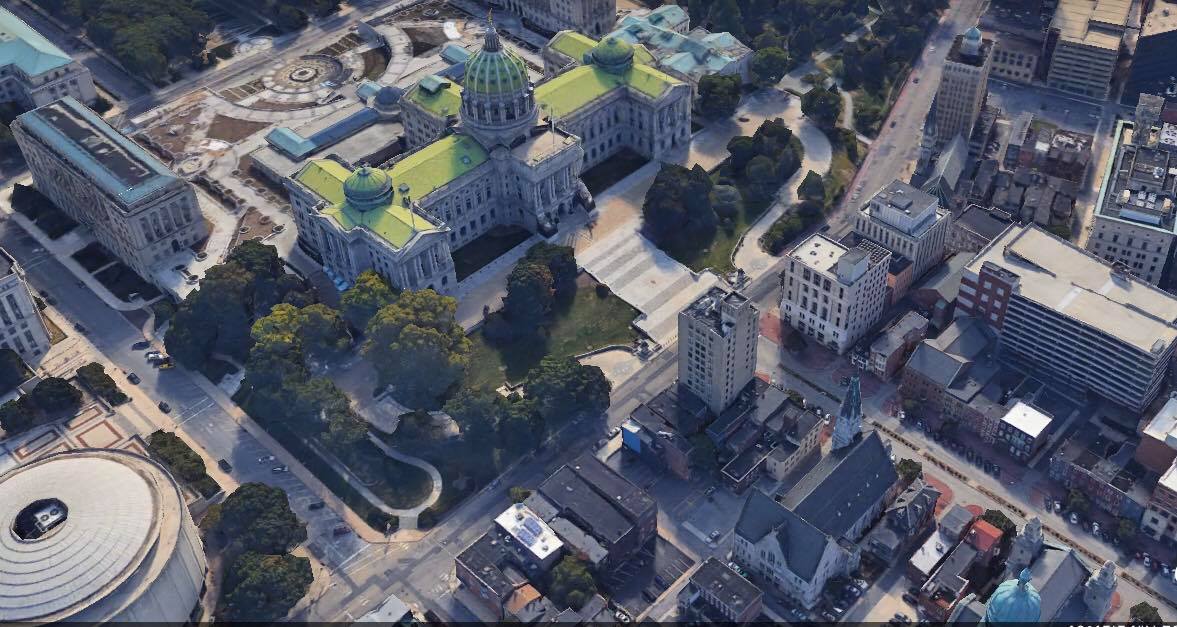 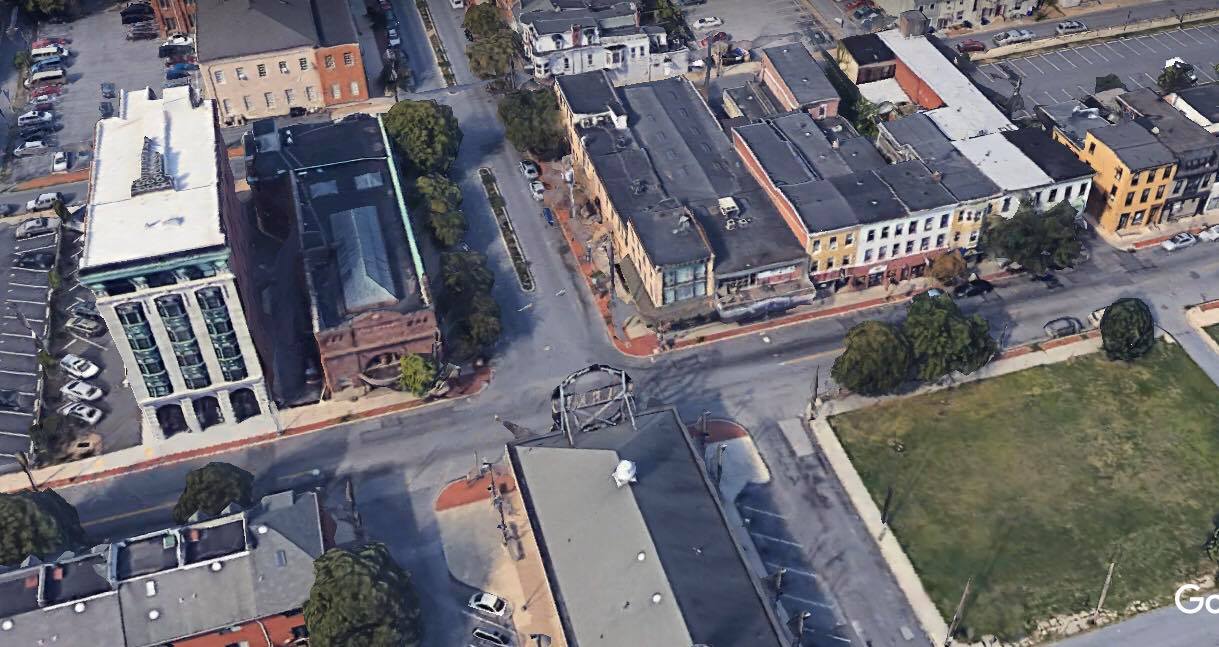 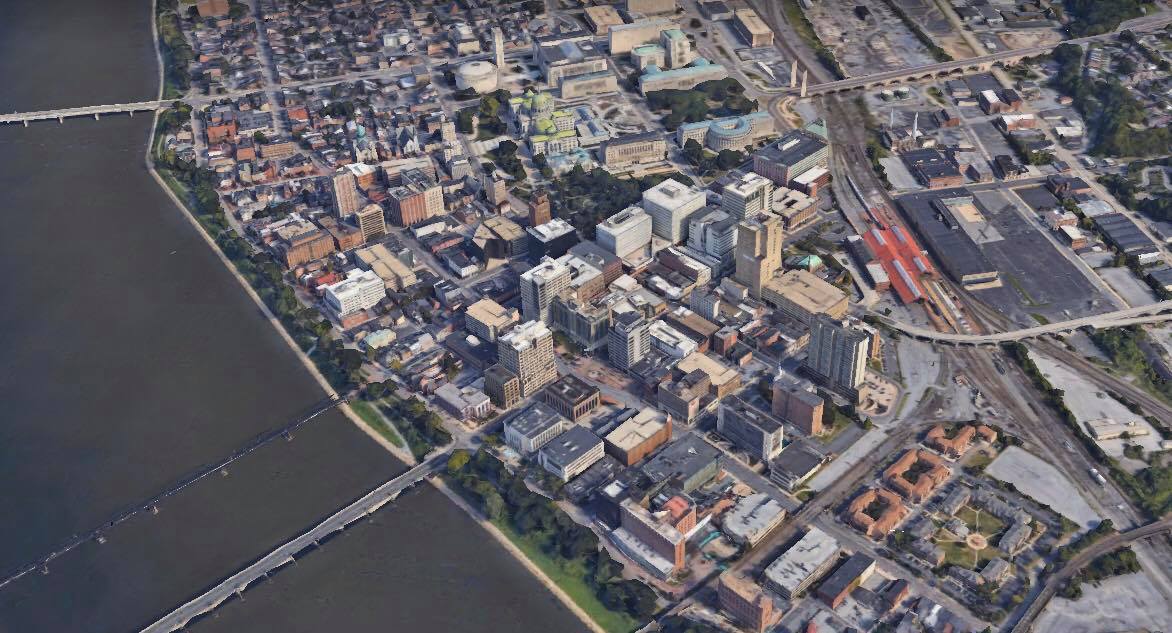 Entering Harrisburg from 83 via 2nd Street 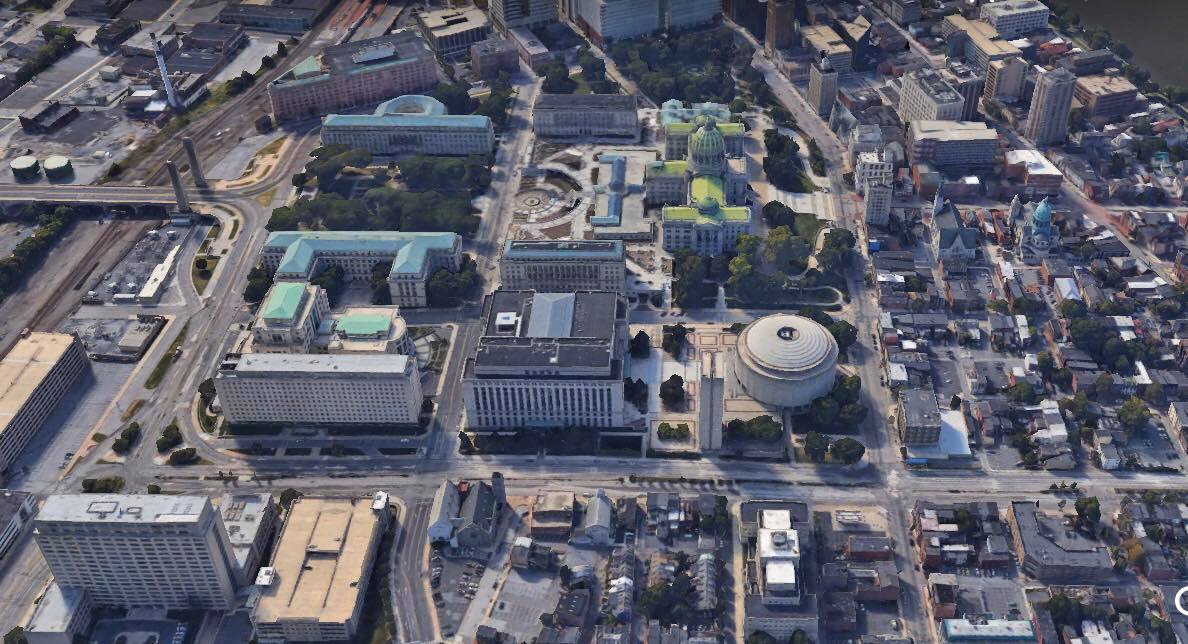